Celebrating 75 years for the building of the Mallard Steam Locomotive

Number 4468 Mallard is a London and North Eastern Railway Class A4 4-6-2 Pacific steam locomotive built at Doncaster, England in 1938. It is historically significant because it is the holder of the world speed record for steam locomotives.

The A4 class was designed by Sir Nigel Gresley to power high-speed streamlined trains. The wind-tunnel-tested, aerodynamic body and high power allowed the class to reach speeds of over 100 miles per hour (160 km/h), although in everyday service it was relatively uncommon for any steam hauled service in the UK to reach even 90 mph, much less 100. Mallard covered almost one and a half million miles (2.4 million km) before it was retired in 1963.
It was restored to working order in the 1980s, but has not operated since, apart from hauling some specials between York and Scarborough in July 1986 and a couple of runs between York and Harrogate/Leeds around Easter 1987. Mallard is now part of the National Collection at the United Kingdom's National Railway Museum in York. On the weekend of 5 July 2008, Mallard was taken outside for the first time in years and displayed beside the three other A4s that are resident in the UK, thus reuniting them for the first time since preservation. It departed the museum for Locomotion, the NRM's outbase at Shildon on the 23 June 2010, where it was a static exhibit, until it was hauled back to York on 19 July 2011 and put back on display in its original location in the Great Hall.

Yorkshire based photographer Shaun Flannery was on hand to get some photo's of Keith on the day! 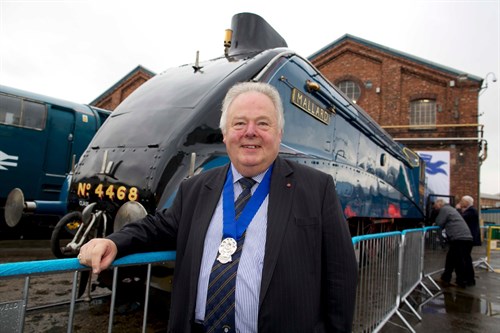 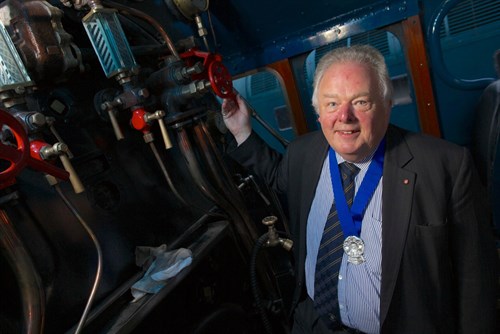 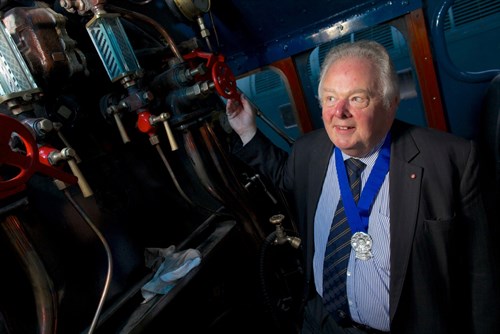 Keith unveiled a plaque on behalf of the Yorkshire Society to commemorate the 160th anniversary of Fox’s Biscuits..

Celebrating 75 years for the building of the Mallard Steam Locomotive

Keith will be attending a very special VIP Dinner in Doncaster to celebrate 75 years since the building of the Mallard Steam Locomotive..